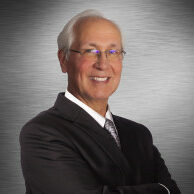 Dr. Ernst Nicolitz is the founder and chief surgeon at Nicolitz Eye Consultants, a private multispecialty group practice in Jacksonville, FL. He has been a board certified ophthalmologist for over 30 years and is a fellowship trained specialist in oculoplastics surgery (Will’s Eye Hospital, Jefferson Medical College, Philadelphia, PA). Dr. Nicolitz is on the active medical staff of the Department of Ophthalmology at Baptist Medical Center and Shands Jacksonville Hospital of the University of Florida where he also serves as a Clinical Professor of Oculoplastic Surgery. He is trained, certified and experienced in the latest surgical technologies including the Visx and LadarVision excimer lasers, the ReStor IOL, ReZoom IOL, Tecnis IOL, Visian ICL and Verisyse Phakic IOL as well as the IntraLase femtosecond infrared Laser and Selective Laser Trabeculoplasty for glaucoma patients. Dr. Nicolitz has lectured and been published extensively worldwide and has received awards and honors from the U.S. Public Health Service, the American Medical Association and the American Academy of Ophthalmology.

Dr. Ernst Nicolitz’s extensive educational background began in his home state at New Mexico State University, Las Cruces, NM from 1965 to 1969 where he graduated with a Bachelor of Science (BS) degree in Chemistry with high honors.  He did a year of postgraduate work as a US Public Health Fellow in Biochemistry at the University of California, Los Angeles (UCLA) and then immediately moved on to complete his Doctor of Medicine (MD) degree in 1974 at the University of New Mexico, Albuquerque, NM.  His internship and residency in ophthalmology was completed at the University of Alabama, Birmingham, Alabama in 1977 and then he was nominated and accepted into the Oculoplastic Fellowship Program (approved under auspices of the American Academy of Ophthalmic Plastic and Reconstructive Surgery) at the prestigious Will’s Eye Hospital, Jefferson Medical College in Philadelphia, PA.

Dr. Nicolitz has been a Board Certified Ophthalmologist through the American Board of Ophthalmology and Otolaryngology since 1978 as well as a recognized, certified oculoplastic surgeon through the American Society Oculoplastic & Reconstructive Surgery (ASOPRS).  He arrived in Jacksonville with his wife Elizabeth in 1978 where he began his solo practice of ophthalmology at the Baptist Medical Center.  He served as Chief of the Ophthalmology Department at University of Florida Shands Teaching Hospital in 1985. He was also Chief of the Ophthalmology Department at Baptist Medical Center in 1987 and 1992. Dr. Nicolitz was co-founder of the Baptist Eye Institute in 1996.

Over the years, Dr. Nicolitz has served both the Jacksonville community and the medical community through numerous voluntary and appointed positions and has received many awards and honors for such service.  In the past 3 years alone, he has been honored with “America’s Top Plastic Surgeons” (2007 and 2008) awarded by Consumers’ Research Council America; named as one of Northeast Florida’s Top Medical Professional in Jacksonville Magazine’s “Top Docs” Issue (2008); the Lifetime Volunteer Physician Award from the EyecareAmerica – The Foundation of the American Academy of Ophthalmology (2008); AMA Physicians Recognition Award (2009); Volunteer Ophthalmologist for Jacksonville’s Gift of Sight Program (2000 to 2009). He was recognized with an Honor Award from the Academy of Ophthalmology for his contributions in teaching courses for ophthalmologists in 1990.

Besides his private practice (which has grown since 1978 from 1 to 6 doctors and a support staff of over 35 people) now located in the Vista South Building on Southpoint Parkway, Dr. Nicolitz continues to write and lecture on oculoplastic surgery and his main interest now, intraocular lens (IOL) implants for cataract and refractive surgery.  He also remains on staff at St. Lukes/St. Vincent’s Hospital Southside; and he is the medical director of the Southpoint Surgery Center.